Fort Walton Beach, FL:  While military, law enforcement, and security professionals are working diligently on defensive technologies to counteract the emerging threat of Small Unmanned Aerial Vehicles (SUAVs), one small business in Florida has adapted their existing technologies to create the first simulation system to provide effective training products.  Explotrain has led the Battlefield Effects and IED/EOD Simulation and training industries for several years.  Now, they have turned their attention skyward and created a realistic and effective simulation system to replicate this rapidly developing threat.

Explotrain’s president, C. Dean Preston said, “Since 1998, Explotrain has provided our military and law enforcement personnel with realistic training and simulation products versatile enough to allow them to reproduce the enemy’s threats and tactics as they emerge.  That versatility and realism are now allowing us to replicate the emerging threat of SUAVs, or drones as they’re more commonly known.  The rapidly evolving tactics and technologies of the enemy require a training system that can respond rapidly so that our troops are able to train against the new threats they will be facing today”.

Since the development of their training system and Model X-01™ Explosive Blast Simulator in 1999, Explotrain has invented and produced much of the technology used to train troops in the areas of Explosive Ordnance Disposal and IED Defeat on both land and sea.  The new Explodrone™ system now will allow training with simulated threats from the air as well.  The Explodrone System will be available for purchase in the fall through various government contracts or by contacting Explotrain directly.

We were honored to assist Okaloosa County Sheriff’s Office with the X-CAL and X-OHW for the 5th Annual Anthony Forgione Memorial SWAT Competition.

The training, hard work, and effort each team dedicated in preparation for the competition was evident as the teams made their way through each course of fire and every obstacle.

The event honors former Okaloosa County Sheriff’s Deputy and Special Response Team member Tony Forgione. Deputy Forgione was shot and killed on July 22, 2008, as he and other deputies tried to apprehend a man who had walked out of Fort Walton Beach Medical Center after being admitted for a mental evaluation.

All proceeds from the competition benefit the Northwest Florida Chapter of Concerns of Police Survivors (COPS).” – Escambia County Sheriff’s Office

For videos of the individual teams during the hostage rescue (Day 2), please view the following links: 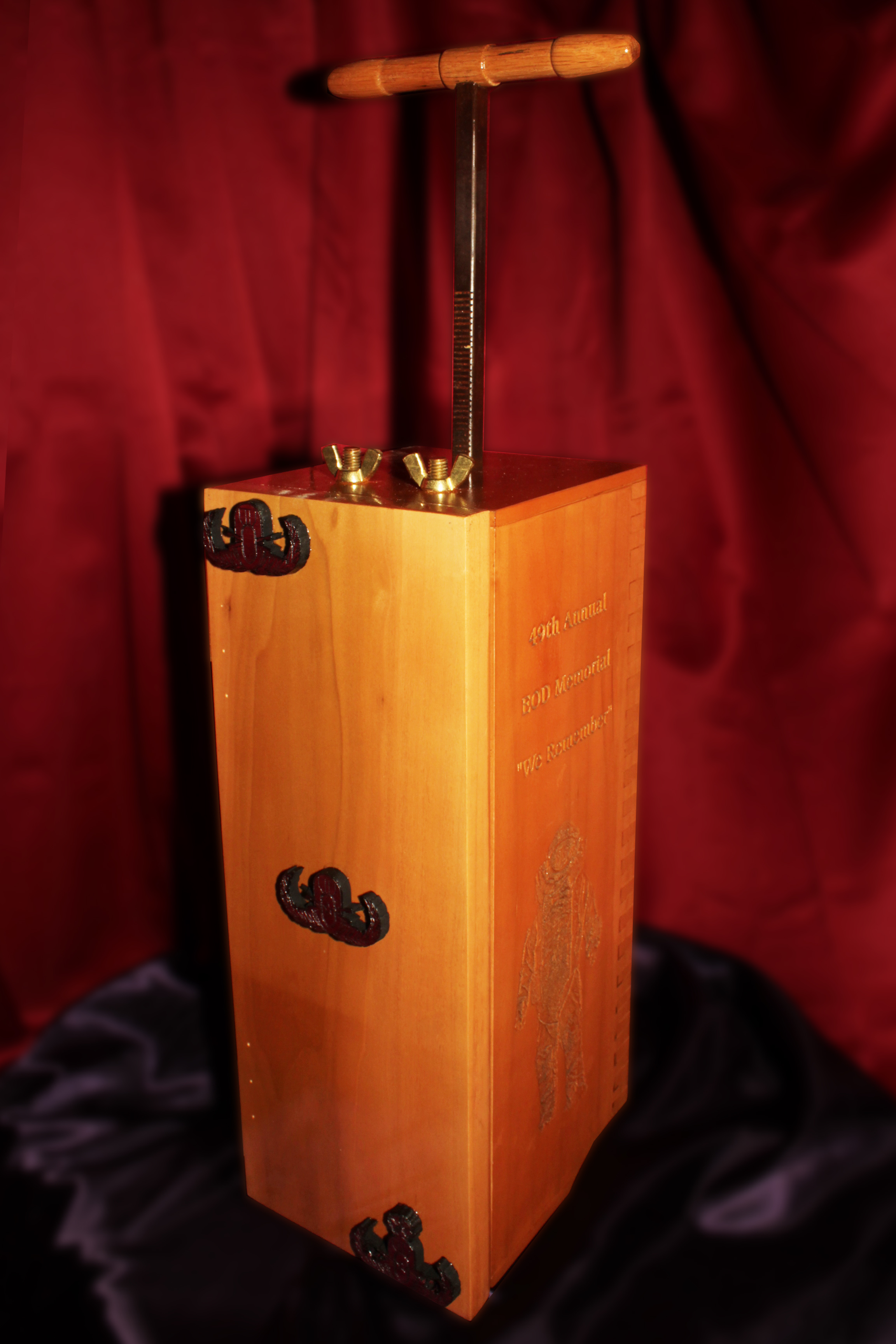 We had a great time supporting the EOD Warrior Foundation at the 8th Annual EOD Crawfish Boil, hosted near the Schnitzel Lodge in Niceville, Florida.

The EOD Crawfish Boil is an annual event hosted immediately following the EOD Memorial to bring the families, friends and neighbors of the local community together on a very special day of remembrance. It is a time to reflect with fond memories and stories, while enjoying good food, music and company.

If you weren’t able to make it out this year, come out next year for a very special 50th Annual EOD Memorial, 9th annual EOD Crawfish Boil, and show your support to a community that continues to support us with their sacrifices.

“The Interservice/Industry Training, Simulation and Education Conference (I/ITSEC) is the world’s largest modeling, simulation, and training conference. It is always held near the beginning of December in Orlando, Florida, USA, and it consists of peer-reviewed paper presentations, tutorials, special events, professional workshops, a commercial exhibit hall, a serious games competition, and STEM events for teachers and secondary students. I/ITSEC is organized by the National Training and Simulation Association (NTSA), which promotes international and interdisciplinary cooperation within the fields of modeling and simulation (M&S), training, education, analysis, and related disciplines at this annual meeting. The NTSA is an affiliate subsidiary of the National Defense Industrial Association (NDIA). Hence, I/ITSEC also emphasizes themes related to defense and security.”

Since its inception in 2007, Inert Products has worked diligently to source and provide the highest level of training equipment available worldwide. In that time, Inert Products has grown to be the leading manufacturer of realistic training aids within the industry. Constant analysis of training requirement needs and expectations ensures that only the best products available today are offered. This ongoing process has presented Inert Products with an opportunity to increase and expand our coverage within the Battlefield Effects market.
Effective November 1st, 2016, Inert Products will proudly begin offering Battlefield Effects manufactured by Explotrain, LLC of Fort Walton Beach, Florida. This new partnership will enhance and solidify Inert Products’ ability to provide highly specialized training equipment and patented technologies with a broader scope and increased depth. The collaboration of both company platforms provides the most comprehensive solutions offered within the training and simulation marketplace.

“The partnering of our two companies creates an unmatched capability within the industry. Combining the effect simulators and systems developed exclusively by Explotrain, with the vast product line of IEDs and functional training devices offered by Inert Products, provides for total coverage in any training scenario.” – Robert Rozzi, CEO of Inert Products

Interactive training systems developed by Explotrain will enhance and enable the functional devices created by Inert Products, providing a new level of training technology and capabilities with a broader offering of high level training solutions. Integration of these product lines provides the total solution approach and will continue to elevate capabilities throughout the training and simulation industry.
In the coming months, Inert Products and Explotrain plan to announce several advancements which will impact training standards throughout the industry. Inert Products and Explotrain are aligned in their mission, to provide the best possible training platforms to those who defend and protect us.

“We also want to offer special thanks to Explotrain LLC! Todays active shooter training exercise was a great event that helped prepare our community’s responders. A big part of that success is due to the battlefield effects supplied by Explotrain. The added realism put extra stress on the responders and added tremendous value to our evolutions! Critical lessons were learned today that could not have been achieved without Explotrain.”

Explotrain recently donated the use of our Explosive and IED Simulators for a Mass Casualty Active Shooter Exercise at the Okaloosa County Courthouse.
The lessons learned in this training exercise resulted in near immediate modifications and improvements to first responder protocols to counteract the threat of secondary devices.